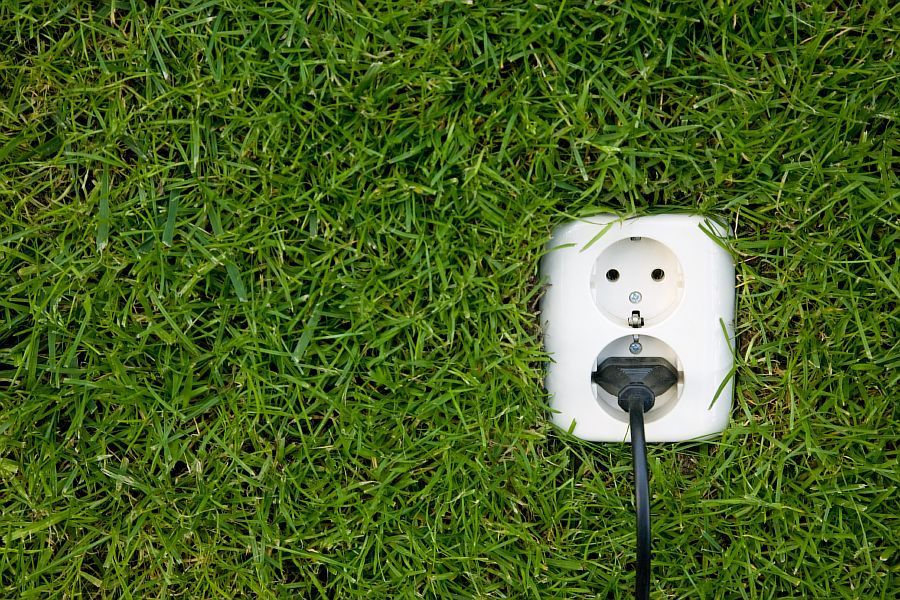 Back before the days when parents “baby-proofed” their homes, my wife’s little sister got quite a shock. Little sister was the mischievous type and stuck her finger into an electrical outlet. It’s not actually a very easy thing to do, but at three-years-old, her fingers were small. Fortunately, no lasting damage was done. But my wife will never forget her little sister’s blackened finger and the stern warnings by her parents that those mysterious little holes in the wall can kill you.

Now that my wife has married an electrician, she insists that I take every possible measure to ensure that the electrical system of our Los Angeles home is safe. One important step was to ensure that its wiring is properly grounded.

What is electrical grounding, anyway?

Grounding adds a safety factor for your family and your electronics. Here’s how it works. Electricity travels the path of least resistance. If an appliance like a toaster breaks, electricity can flow on the metal outside of the toaster. Touching it could result in a serious shock, causing injury or even death. But if the electrical system is grounded and the toaster is plugged in with three prongs, the electricity won’t flow to the outside of the toaster. Instead it will flow through the third prong back into the wires and harmlessly into Mother Earth. Thus, the term “grounding.”

Grounding protects not only people but also sensitive electronics. Without grounding, electrical charges build up in wiring and create slight but continuous damage to delicate electronics. This damage can shorten the lives of computers, phones, and any electrical appliance that has “smart” (computer) components, possibly your fridge or dryer.

How can I tell if my electrical system is grounded?

Homes built before 1950 were sometimes grounded. Homes built after 1950 were usually grounded. Even if your system was originally grounded, wiring mistakes may have rendered the grounding ineffective. Even with outlets that accept three prongs, it doesn’t necessarily mean that your electrical wiring is grounded. The only way to know for sure is to have a qualified electrician check out your electrical system with a special tester.

My electrical outlets have three prongs — aren’t they grounded?

If your home has electrical outlets which accept three prongs, it MAY have a grounded system. The third prong allows an appliance to be grounded IF it’s plugged into an electrical system that has a grounding device. Sometimes three-pronged outlets have been installed in electrical systems that has no grounding device. This can make it look like the system is grounded when it’s not. Do-it-yourselfers or handymen may install three-pronged outlets in an ungrounded system not realizing the hazard and not knowing that it violates the National Electrical Code.

If you’ll sleep sounder knowing that your family and your appliances and electronics are safer, ask an electrician to use a tester to check your electrical system for grounding. This can be done in a service call. In some cases, electricians will offer a grounding check as part of a free home safety inspection, particularly if they’re doing other work in your home.

Kim Hopkins has been a Los Angeles electrician since 1979. His company, The Electric Connection at http://www.TheElectricConnection.com, is one of the foremost electrical contracting companies in the L.A. area. Kim has done trainings on electrical safety for home inspectors throughout Los Angeles. For a $25 off coupon on your first electrical job as well as a coupon for a Free Home Electrical Safety Check, go tohttp://www.theelectricconnection.com/coupon.php.

Back before the days when parents “baby-proofed” their homes, my wife’s little... more»

Properly Maintaining the Electrical Wiring in Your Home

Each year, thousands of homes in the United States are engulfed in fires triggered by faulty... more»

Everyone, regardless of where they live and what the climate tends to be, has a need for an air... more»

Skirting Board Heating as an Energy Saver

Skirting board heating purports to save energy for the home owner, by minimising the effort used... more»

How To Protect Your Wooden Fence From The Elements

You have invested both time and money into a wooden fence. It is for this reason that you will want... more»

Back before the days when parents “baby-proofed” their homes, my wife’s little... more»